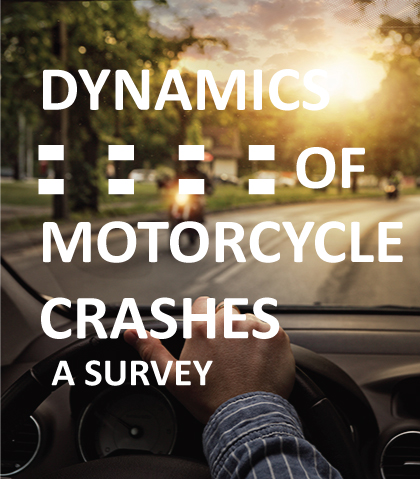 Riders of motorcycles, scooters and mopeds who have been involved in a collision over the last ten years, are being invited to take part in a survey which is looking at the dynamics of motorcycle crashes.

A cooperative initiative carried out by a team of motorcycle crash investigative analysts is interested in your views as motorcyclists.

All members of this team have been involved in motorcycle crash investigation studies over the years and are all motorcyclists.

The survey expands on a 2016 pilot study of 61 crash-involved riders from various countries including Australia, Sweden and the United Kingdom.  All had been riding an ABS-equipped motorcycle when they crashed.  The findings of the pilot study found that the correlation between speed and serious injuries was random and indicated that riders overwhelmingly recognised the risk of injury and thus wore protective clothing and helmets.

In order to have a better understanding of the dynamics of motorcycle crashes this new survey expands the pilot study to cover eight different languages: French, Swedish, Norwegian, German, Spanish, Italian, Greek and English. (To find the different languages there is a drop down menu at the start of the survey.)

The survey will be disseminated throughout Europe, the USA, Canada, Australia, South America and beyond.

This time the survey looks at motorcycles with and without ABS in order to provide a comprehensive comparison of these braking systems.

1) About you and your motorcycle;

None of the questions is mandatory and responses are anonymous.

From a rider’s perspective, we are constantly being criticized for speeding, being risky or being responsible for our own crashes and injuries.  But we know that it’s not that simple, in fact it’s complicated and it would be really helpful to understand what happens, how it happens and why it happens.

There are numerous factors that need to be considered in all crashes and it’s time that you the rider gave your perspective about the circumstances.   The survey will remain live for six months and the aim is to produce a report for the beginning of 2020.