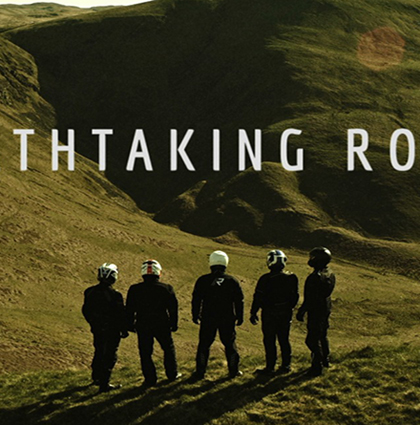 The campaign highlighted the top risk areas for riders – bends, junctions and overtaking – in a bid to help reduce fatalities on Scotland’s roads.

Now the campaign is back with its dedicated microsite and engaging Facebook page (Live Fast, Die Old) with a new motorcycle safety film – The Devil’s Beeftub – this time focusing on bikers riding in groups and the dangers to be particularly aware of when enjoying Scotland’s roads.

Backed by Police Scotland and a number of Scottish biking groups, including 56’N Bikes Magazine the Breath-taking Roads campaign from The Scottish Government and Road Safety Scotland (part of Transport Scotland).

Filmed in the Borders region, the film highlights potential hazards including sheep, stationary cars and blind bends, and finishes with the strapline ‘be aware on breathtaking roads, don’t let them take your breath away for good’.

Statistics offered by the campaign state that, ” May, June and August remain the worst months for KSIs (killed or seriously injured), with 11:00am to 5:00pm at weekends identified as the key risk times.

Riders aged 50-54 have the highest KSI rates, and 92% of all motorcycle casualties are male. Analysis also shows that, in three–quarters of collisions where a biker is injured, the rider is the contributory factor.  Failure to look properly and loss of control are the top factors in motorcycle deaths, with rider behaviour at bends or when overtaking accounting for the majority of fatal or serious injuries.”

Cabinet Secretary for Transport, Infrastructure and Connectivity, Michael Matheson, said: “We are aware bikers face greater risks than any other road user, and we are committed to raising awareness of the dangers they encounter on Scotland’s roads and reducing the number of those killed or seriously injured.

“Through using the voices of the biking community, the Live Fast, Die Old campaign is fundamental in highlighting best practice. I’d encourage any motorcyclist who is planning to explore Scotland to ride appropriately for the conditions and always consider other roads users, particularly if you’re riding as part of a group.”

Michael McDonnell, Director of Road Safety Scotland, said: “We’re now well into biking season and as the weather improves, the roads are busier and bikers set off with their friends to enjoy the stunning scenery that Scotland has to offer. 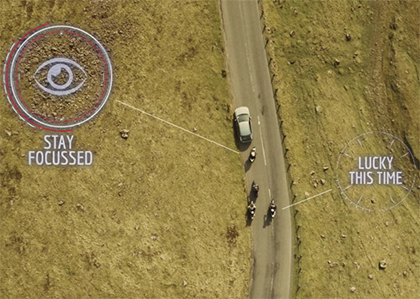 We understand the thrill of biking and don’t want to take that away, but we want to ensure that groups of motorcyclists are looking out for each other on the road and practising safe manoeuvres together.”

Outdoor posters will be displayed at key locations on Scotland’s most popular motorcycle routes, encouraging bikers to visit the dedicated Live Fast, Die Old website and Facebook page for best practise advice. The new film will also be showcased at biking events such as Thunder in the Glens in Aviemore.

Iliyas Campbell of 56’N Bikes said: “We’re thrilled to be ambassadors for the latest breathtaking roads film as promoting safe riding habits is really important for the Scottish biking community; it’s always a very sad day when we learn a fellow biker has lost their life on our roads.”

The Campaign – What We Think!

As we said last year, we like these videos, not just because of the high production value, although that does get you engaged with videos.

We love the music – and wouldn’t it be great to have a drone to capture our own riding moments!

The underlying message in the videos is something we believe riders will understand and relate too, reminiscent of the DfT THINK! Bike – Perfect Day Video

The video is really self-explanatory, to watch a video that shows riding on a road and engages you to make you think!

There is no authoritative person speaking,  nor or there hard-hitting images and gore which are not necessary or effective.  It’s an intelligent video with a simple, clever message, meaning the vast majority of riders will be more likely to take notice of the video.

The website for the videos – Breathtaking roads for Scotland’s bikers – continues that theme with Route Ambassadors – riders themselves from the riding community – giving their experiences and offering advice, there is no big push that riders “must” get further training, with recommendations and detours along the routes.

For us a picture or in this case the videos, paint a thousand words.

The videos and the campaign are inviting riders to ride Scotland’s stunning scenery.

We would add if ever a campaign needed an award, the ‘Live fast Die Old’ is one that deserves recognition on the world wide stage. One such award scheme is the FIM (Fédération Internationale de Motocyclisme) Road Safety Award, focusing on improving road safety for riders of powered two wheelers – motorcycles, scooters and mopeds and instituted as part of the FIM’s contribution to the United Nations Decade of Action for Road Safety.