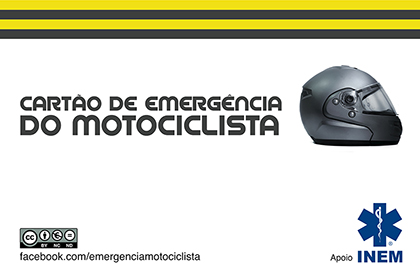 At Right To Ride one of the motorcycle safety initiatives we have been involved in is, the Biker NI Safety Card, which is the Northern Ireland version of the Ambulance Motorcycle Clubs “Crash Card”.

The CRASH Card scheme involves the motorcyclist placing a card inside their helmet, as a medical alert, along with a small sticker which is placed on the right hand side of the riders helmet, this alerts emergency responders that the card is carried inside the lining of the helmet.

The details which the rider has written on the card provides vital information for attending ambulance crews if the motorcyclist is injured in an road traffic collision. Saving valuable time and helping treatment especially if the rider is either unconscious or unable to communicate. 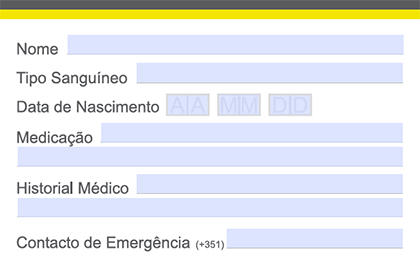 The scheme is active here in Northern Ireland and in the rest of the UK, there are also versions in Sweden – Medical Card and the USA – Rider Alert

Now there is a version of the card in Portugal – Cartão de Emergência do Motociclista – the Portuguese Safety Card explain below how their version of the Ambulance Motorcycle Club “CRASH Card” came about.

The idea to introduce a “Safety Card” to Portugal came Rui Faria, when he was watching a motorcycle award on the internet.

While doing so, he posted on a Facebook group, asking when would someone do something like that in Portugal. 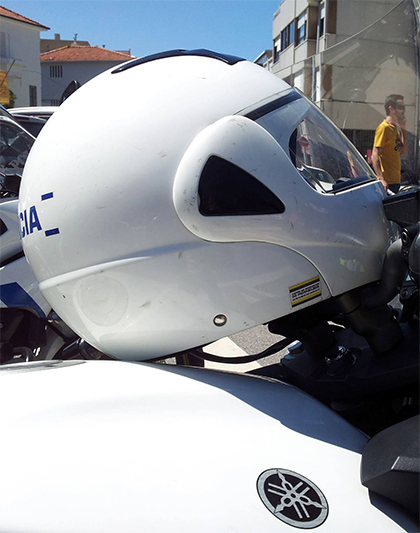 That was when Francisco Pedro answered the post. “Let’s do it!”

After the initial response we went through the stage of designing the card, searching through our contacts, who would be the best people to advise us, mainly physicians, nurses and people working in the ambulance services.

After that stage it was really important to get the support of the Portuguese Institute for Medical Emergency (INEM).

We arranged a meeting with them and they gave their full support to the idea, inputting their support to make our version of the Safety Card see the light (we called Cartão de Emergência do Motociclista).

After that, we created the Facebook page and the G+ page.

Through some press releases, we got some media coverage.

A motorcycle magazine (Motociclismo – motociclismo.pt), published the card for two months, a national newspaper (Jornal de Notícias – jn.pt) did a story on the Card.

We were invited to talk about it in 2 of the 4 major TV channels in Portugal (RTP and SIC).

At the same time, we started to contact several Motorcycle Clubs, in order to “spread the word” about the card. 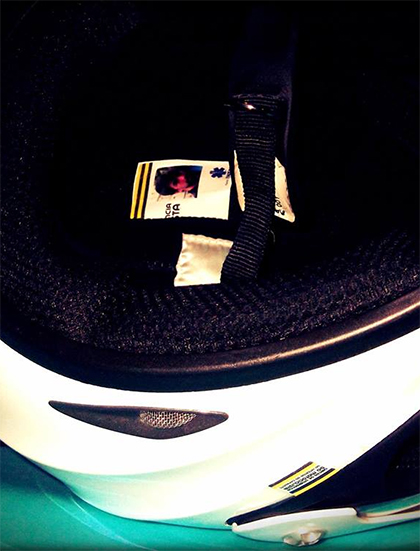 Motoclube do Porto was one of the first to include the card in their newsletter. We talked about it in a workshop about motorcycle safety, organized by another Motorcycle Club (Mototurismo do Centro).

Besides this, we were contacted by one of the biggest monobranded club – the Honda PCX Club – giving them permission to include the card in the welcome package to all members.

Since the beginning, we wanted the card to be free.

We think that it is the best to way to more and more new (and old) motorcyclists to use the card. That is why everything is online, free of charge to download and to use.

We know we have a long way to go. But we’ll keep working to more and more people use the Card.